What does “SLA” mean?

Second Language Acquisition (SLA) has become the catch phrase for any additional languages that an adult student learns. This can be the learner’s third or fourth language to learn, but the term itself is more of a general catch phrase referring to the process of learning an additional new language. In universities, SLA courses highlight and research emerging theories in learning and teaching. For the adult learner, most of us just want to know how to approach learning another language. What kinds of key things do I need to understand to really have success in my new language? The acquisition of something is the development of a skill through time. Thus, learning a new language is a process of learning and the development and use of a new language that will require time and consistency.

One of the first things that you might be asked is, “Why are you learning this language?” Do you need to get a job using the language? Are your in-laws from a different country and you want to communicate with them? Do you need to be able to greet your neighbor? The purpose behind language learning often drives the amount of time, energy and effort that a student will commit to give to learning a new language. It is important to understand our motivation and what we are willing to commit when starting.

Unlike many commercial products, this course is not going to sell you something that will make it quick and easy. Learning a new language as an adult (18 years old and beyond) is difficult and time consuming. Although some language can be quickly learned, simple language skills can be developed in order to meet simple goals such as greeting a neighbor, making a basic purchase, getting directions to a store, etc. In-depth conversations about life, faith, feelings and work are most often a very complex and time-consuming journey.

Most linguists agree that language learning is complex and time consuming, which is in contrast to what most commercial vendors state. The process of learning a new language takes time, requires great effort and thus, can be very frustrating. It is a basic principle in SLA that if you want to develop your language skills for use at higher levels that the learner will need to adjust his/her schedule to focus on the new language. Session 5 discusses a deeper look at a realistic timeline for part-time vs. full-time adult second language learners. I’d like to share a little about my learning new languages as an adult in the following video.

Can the learner’s perspective on learning impact learning outcomes?

Second language students need to be willing to struggle with new and uncomfortable processes (internal and external) that require energy and effort. For example, if a learner is afraid to speak and never tries to pronounce new words and sounds in the new language, then he/she will not develop adequately in speaking. Although the adult learner may look or feel foolish, part of developing the ability to speak in the new language comes through pushing yourself to form new words and sounds. This means that the learner should be willing to try to communicate even when he or she may be a little uncomfortable.

“Although the adult learner may look or feel foolish, part of developing the ability to speak in the new language comes through pushing yourself to form new words and sounds.”

In first language learning, a baby “negotiates” new language with the mother. The child may try to say the word “water” and the mother then helps the baby, usually pronouncing it for the baby several times. Sometimes the mother’s speech slows down and the word or phrase is spoken in syllables. For example, a mother may pause between the syllables of “wa-ter”. Sometime she emphasizes the part of the word that the child is struggling with such as, “Wa…wa….wa-ter”. All of these strategies between the mother and child are negotiated language where the child learns to associate meaning with sound. Negotiating word and phrase meanings comes through oral interactions between the learner and proficient speakers.

In their first language, children are learning to make the sounds while also associating meaning to the sounds. Later, when a child learns to read, he associates word meaning with the written word internally. For adults, understanding word meanings and then associating the sounds needed in order to pronounce certain words can happen at the same time or at different times. These experiences are all very personal to the learner and are often unpredictable to teachers. Additionally, the learner may have an awareness of the meaning and be learning how to pronounce it, but still be unable to use the word in context. As previously stated, …. it’s a very complex process.

In contrast to children learning their first language, many adults are faced with four skills instead of just two. These are reading, writing, listening and speaking. In “emerging” language communities where some adults have not had the privilege of an education, they must learn through listening and speaking alone. In the current course, if you are reading this, it is assumed that you have had the privilege of an education and can read and write as well. Each skill carries complex properties that require different types of processing. For example, in order to read out loud, the student must see the words, then associate the sounds that apply to the words and then say the words out loud in a clear way. To be able to understand the meanings of the words that the individual is reading in an internal process. So, several processes are happening together as the learner is reading. Sometimes a learner can read words and associate the right sounds, but he has not yet learned the meaning of the word(s).

Let’s discuss another skill as an example. When an adult learner is speaking (not reading something) in his new language, there are many processes happening at the same time. His speech begins with sounds, which in combination make words that will be connected to form simple sentences. For this to be extended from sounds to simple sentences, there are many processes that occur.

Each of these processes is very complex and each makes up a sub-field in linguistics. Just to mention them; Phonology (a system of sounds), lexicon (vocabulary), semantics (word meaning) and syntax (the order of words in a sentence) are all being learned and processed. If learners are new to learning a new language as an adult, then most will struggle back and forth with the different aspects throughout acquisition. If an adult learner can grasp this, he/she will have more patience to process and even break apart areas of difficulty. Processing occurs at various stages until certain aspects become more automatic as the learner becomes more and more familiar with using the language, as opposed to just studying the language. There is a difference between what the learner knows about a word (the meaning or definition, part of speech, etc.) and the learner’s ability to use the word in context.

For example, say that an adult may or may not have already associated meaning with a word, but is focusing on the formation of the sounds themselves. Sometimes meaning and pronunciation are simultaneously learned and sometimes they are learned at different times. If the student is just focusing on how to say the word, he/she may appear as though he does not know the word at all. In order to learn how to say it, the learner will need to pay closer attention to how the word is made using the mouth, lips, tongue and teeth in order to be able to better pronounce the word. Is the mouth rounded or straight? Is the tongue in the front or back of the mouth? Are the lips opened or closed?

Without formally studying phonetics and phonology in linguistics, the student can simply “play with” making sounds and then use the words and sounds to check if he is clearly understood, or not, when speaking with proficient speakers of the language. Having a good ability to clearly distinguish sounds in hearing helps, but many learners that do not have a “good ear” simply negotiate sounds (play with the sound until the proficient speakers understands what is being said) with proficient speakers until the learner is understood. The deeper a learner goes into a language, the clearer the pronunciation becomes until it does not distract from the message, but still retains a slight accent from the first language. 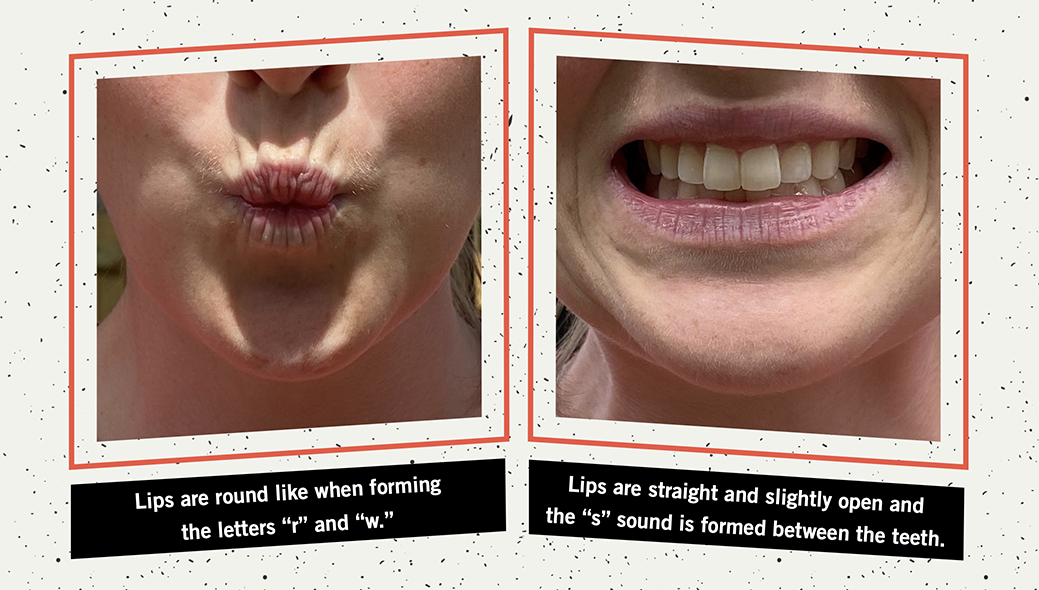 Each skill (reading, writing, listening and speaking) has unique aspects and processing requirements in language learning. To better develop in a particular skill, targeted study using each skill can be part of the study plan. If a student says that he struggles with listening (and comprehending what he or she is hearing) in the new language, then targeted, appropriate materials need to be listened to. For example, a beginner level learner cannot understand the lines in a movie script.

It’s too complex. A beginner learner would need to find material appropriate to his/her level (learning to understand letter sounds, words or even very simple sentences). The development of language comes in phases, and learners must develop their skills at the appropriate level (discussed in Session 2). Because each skill requires unique aspects in learning, each skill must be practiced for there to be improvement. The learner does not need to be completely overwhelmed in each lesson – follow the 80/20 rule. I understand 80% and about 20% is new and is what I’m learning.

Do I have to spend a lot of money?

Often times learners feel that they need to spend a lot of money on expensive products to help in language learning. If resources are available that you like and can benefit from and you have the money to purchase them, then it’s perfectly normal to buy the product. In contrast however, I’ve worked with many students who have extremely limited money and are unable to purchase expensive products. Any motivated learner can learn a new language when he or she learns how to build a solid systematic plan of study.

“Any motivated learner can learn a new language when he or she learns how to build a solid systematic plan of study.”

Of note is to say that sociologists, anthropologists and missionaries use field methods (as described in a later session) that require the learner to systematically record and study directly with the people when no written materials are available.

For most learners, well designed materials are more readily available. Even with purchasing materials, we will discuss later in detail how the learner should spend his/her time in learning. Building a well-balanced system of study entails more than just the purchase of a book, CD, or attending a class. A solid plan entails that the individual takes personal responsibility for his own learning and makes sure that adequate components are in place in order to meet expected outcomes. If the learner expects to have an in-depth ability to learn a new language and use all four skills (reading, writing, listening and speaking), then he must learn to critically evaluate his own situation and fill in the missing pieces in his language learning components. The current course is designed to help learners be empowered and understand how to intentionally build a system of study based on individual contexts for individual learners in order to reach language learning goals.

The written lesson contains the material you need to know to complete this lesson.  At the end of the PDF, there’s an activity you should complete. 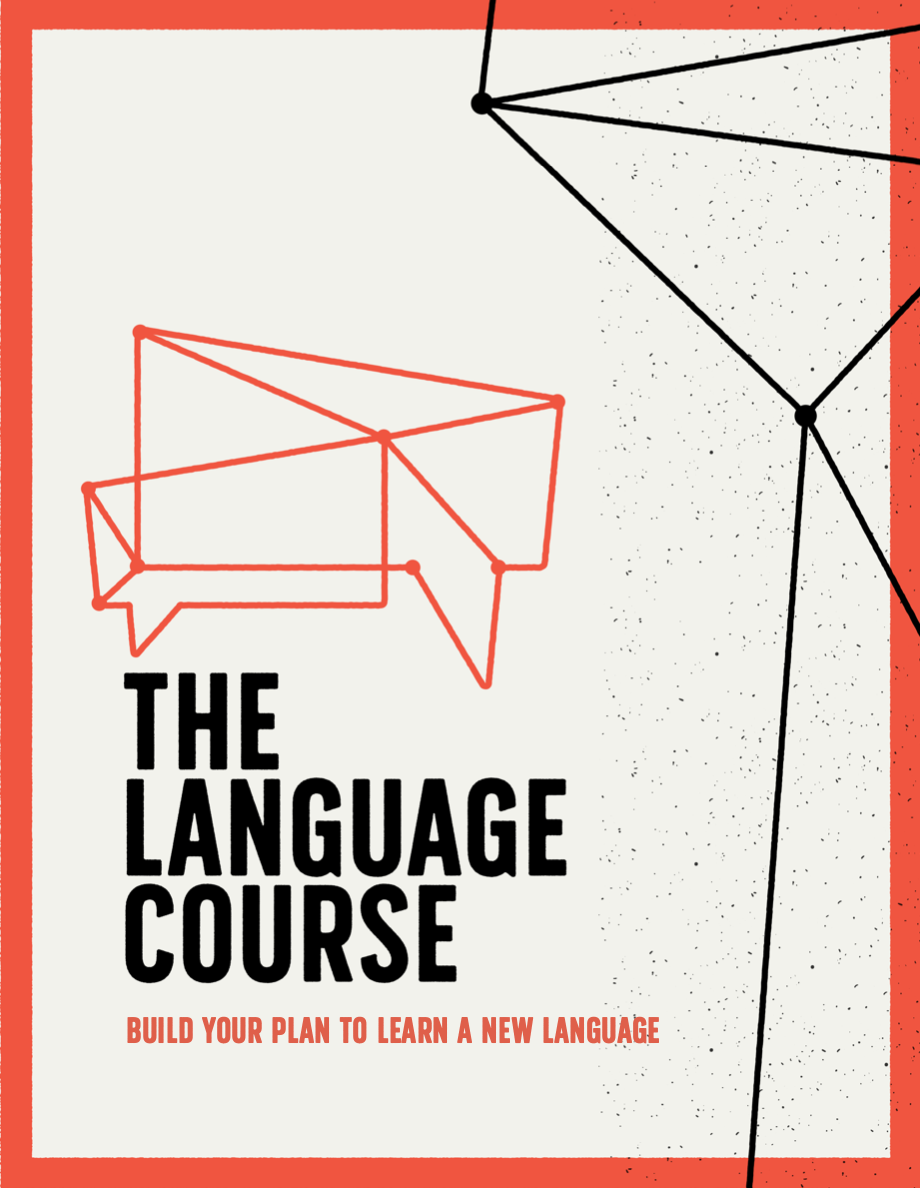 Before you can move on to the next lesson, you must pass the quiz. 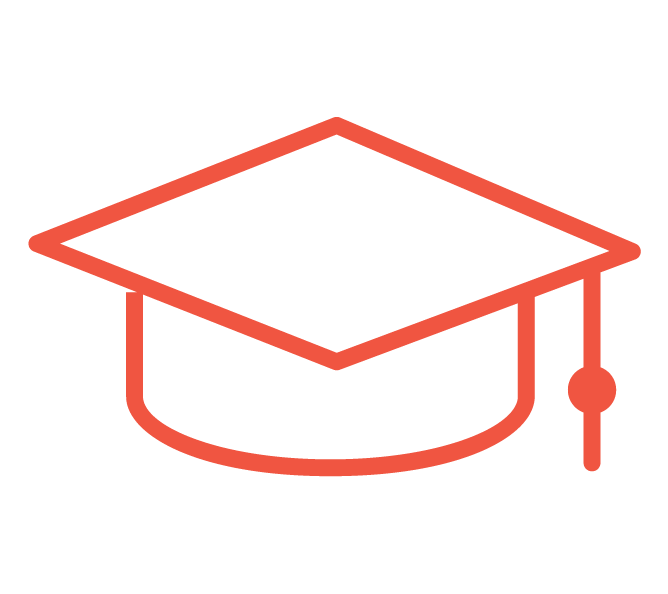